ABOUT ME: I started off in radio, moving to print and then tv. Having run fairly sizeable in-house publishing operations (EMAP and Which Computer? – British Satellite Broadcasting and The Computer Channel – VNU and uk.internet.com), I have also worked on a number of brand extensions, such as show, tv, and conferences. 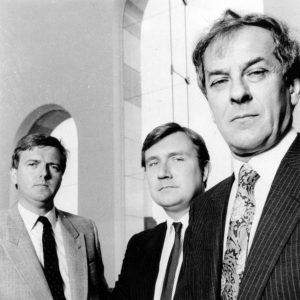 A spent 14 years as a freelance working on a great many customer-facing projects, assuming total responsibility for research and writing projects for a number of clients, notably BT and Cisco.

The role included formulating research, writing and promoting strategy documents and plans, as well as managing the interface between the client and the outside world.

I’ve now moved back into the omni-channel world of magazine publishing with AV Magazine and Electronics Weekly.

Articles written by me can be found here. Here’s a testimonial – opinions are from colleagues and industry luminaries. And of course, most of my programmes and webinars can be found in my YouTube playlists.

EXPERTISE – communicating and adding value in the following markets: Business Technology and Telecommunications, Science and the European Research Area (ERA), Health and Medicine, Marketing, and Sports (Formula One motor racing and Rowing).

Over 30 years of awards:

Best Temporary Exhibition Design Week Award – Formula One: The Great Design Race – based on my book Formula One: Made in Britain.

Medical Journalists’ Association Awards 2005: Finalist – Freelance of The Year – Excellence in Medical Journalism. Work ‘highly commended’. Following on from years writing and editing for What Doctors Don’t Tell You, this was for work carried out on Proof!, the respected monthly publication which delved into the world of alternative medicine. We took products apart to verify supplier claims, and tried to get to the heart of novel medicines and see whether they were worth taking.

The Sunday Express Non-Fiction Book of the Week 2003: For my tome Formula One: Made in Britain. All about the British influence on F1 motor racing. The fact that this very personal account of the British F1 industry – its technologies and business – had been written at all was a miracle. Everyone on the F1 circuit thought I was mad to try to write such a tome while so many changes were taking place within F1, both on the track and, more especially, off it.

Business & Computer Publishing Awards 1988-1989: EMAP – Which Computer? Best Design. Sadly, this was the last of what had been a stream of awards throughout the 1980s. By 1989-90 I was off to pastures new, and a career in business television with HTV and then British Satellite Broadcasting – launching The Computer Channel and acting as its Editor and anchorman. Although Which Computer? continued well into the 1990s – run by my talented staff who went on to forge successful careers of their own – the magazine closed around the middle of that decade, because of years of under investment and dilution of the brand.

Business & Computer Publishing Awards 1987-1988: EMAP – Which Computer? Also voted Most Improved Editorial Product. This is perhaps the award I cherished the most. Having been on the magazine as News and then its Deputy Editor, this was the first accolade won with me as Editor of the country’s leading business computer magazine – 1987 was a fantastic year when the magazine swept the board.

UK Computer Press Awards 1985: A finalist in the Journalist of The Year category for Which Computer?. This was my first nomination for excellence on a major bookstand publication. It came as rather a surprise as this larger-than-life town crier burst into the editorial office and announced the nomination as only town criers can.