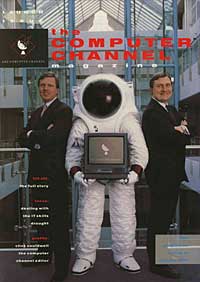 INFORMATION TECHNOLOGY: What amazes me is that after so many years of reporting and attempting to demystify this subject, companies worldwide still have huge problems making technology deliver. Consumers on the other hand, have become more techno-literate and are demanding vendors deliver solutions that are effective.

As well as launching the first business tv channel for the IT industry, I’m perhaps best known for editing Which Computer? in the 1980s. I edited the respected IT monthly (the style and content of which many of today’s business and computer, and consumer, publications have copied) for three years, and won a number of editorial and design awards (I was twice nominated for ‘Computer Journalist Of The Year’). I also chaired the magazine’s series of ‘Management Conferences’.

From 1984-1997 I was also a regular contributor to The Daily Telegraph ‘Special Reports’ and The Times ‘Interface’ sections, covering many of the major events that have shaped today’s technology business, and explaining how business can best exploit the tools at its disposal.

EXPERTISE – enterprise intelligence and best practice support for CxOs: I possess a considerable knowledge of the decision support, executive information systems (EIS), business intelligence (BI) and on line analytical processing (OLAP), the so-called enterprise intelligence, market and its players. I was one of the first British journalists to cover the emergence of EIS and BI, and the first to report on the significance of OLAP, data warehousing and knowledge management in Europe. 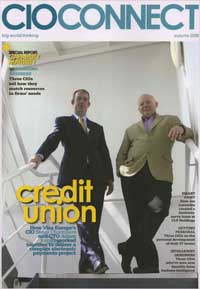 I also worked on the pre-launch of CFO Europe in the late 1990s. I spent four years working for CIO Connect, advising the UK’s networking forum for CIOs and their direct reports how to manage their business technologies effectively by showing them how their peers were tackling everyday challenges and coming out winning.

Over the years, I’ve interviewed the US and Europe’s leading CIOs. In the 1990s, I was Secretary of The Open Group’s think-tank, The Inner Circle, providing support for the organisation’s much respected series of meetings for CIOs. This helped The Open Group establish policy and direction, and service the needs of its members. More recently, I’ve written for CIO US and MIS UK.

I’ve worked on a number of publications: