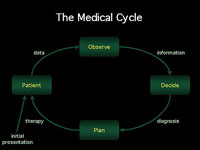 HEALTH: I’ve been writing about the way the medical profession treats patients since the mid-1990s. As you might imagine, I’ve covered a variety of subjects, mainly for consumers (or as I like to call them — ‘patients who want to be informed’).

In the 1990s, the majority of my work was carried out for Lynne McTaggart’s What Doctors Don’t Tell You and its many spin-off publications. Analysed just how conventional medicine was treating common conditions, trying to get to the heart of why certain approaches were being taken, measuring their effectiveness and then exploring realistic alternatives if they delivered better results.

Inevitably, this led to me delving into the world of alternative medicine and a very successful spell as contributor to Proof! It was my work on this publication that led to me being shortlisted by the Medical Journalists’ Association for its ‘Freelance Journalist of The Year’ award in 2005.

EXPERTISE – explaining seemingly inexplicable medical theory and practice to the general public: This has been a theme throughout my career, but perhaps nowhere has it proved to be as valuable as it has in the world of health and medicine.

It has allowed me to get close to readers and learn about their problems first hand, but thanks to our approach always being empirical rather than sensational, it also led to a much more meaningful dialogue and ultimately won deep respect than would otherwise have been possible from the medical profession and the pharmaceutical community.

My publications tally includes the following: